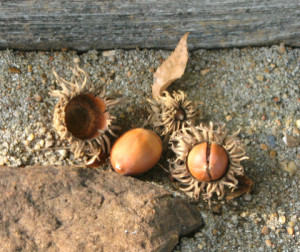 On this windy but mellow afternoon, I walked the extra distance to Hickory Creek Park and was rewarded with beautiful scenes and intriguing finds. For example, a certain type of tree caught my eye because it had retained most of its blade-shaped leaves, which were still green shifting to yellow. Upon investigation, I found a profusion of large, unusually-capped acorns on the ground beneath the tree. Many had fallen to some nearby pavement or among the rocks and gravel that edge it. 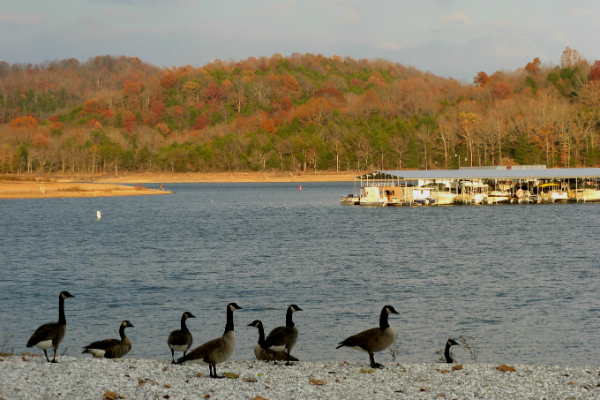 I pocketed samples of the shaggy-capped acorns as show-and-tell for Ethan on my return home. As I continued my walk, I noticed Mallard ducks and Canada geese, some low-gliding buzzards, a couple of other walkers, and the moldering leaf smell that is so characteristic of late fall. I felt a related pang of nostalgia for the outdoor playtime of childhood, shared so long ago with my brothers and sisters.

My walk’s route was like a long, backwards “J” and its ending tip was the Hickory Creek marina. Once there, I went to the farthest end of the boat docks, which was empty of people but not of ducks.

I became aware of the Mallards’ presence when, like a water ballet troupe, they flung themselves off the boardwalk in a cascade of splashes.

Facing westward at the marina railing, I watched the afternoon sun slide slowly and diagonally toward the opposite lake shore. But I didn’t wait for sunset; it was time to head home.  Within a block of my house, I saw a neighbor kneeling on the ground, gathering pecans for his wife’s promised pecan pies. I showed him my pocketed acorns, which were novelties to him as well. Further up the street, I gathered some large and elongated hickory nuts as well as a few pecans. This year’s weather was nourishing to all kinds of nut trees, and consequently to the squirrels.

Ethan was impressed with my haul. He guesses that my acorns are really chinquapin nuts, judging by the shape of the tree leaves, which are definitely not burr oak. I hope someone can tell us for sure; from the pictures I’ve seen, chinquapins look more like chestnuts than acorns.

We’ll decide later whether to gather more nuts and extract the nutmeats. During my teenage years, I once spent long hours making out  hickory nuts as a gift for my grandmother, only to discover that the small jarful of nutmeats had molded during the short time before her visit. This memory amplified how astounded I was to learn that Ethan’s  grandmother often added ground hickory nuts to soups and gravies as a way to make them thick and rich. In some ways, poor folks back then ate more richly than wealthy folks do today.

Arkansas scenery may be quite different from the scenery where you live, but there is great beauty and interest everywhere, as well as mysteries to be solved* or wondered about. ♥~Jo

[ADDENDUM: I later researched more thoroughly online and learned that my mystery nut tree is a sawtooth oak.]

* * *
Photo Credits: All by Jo Lightfoot 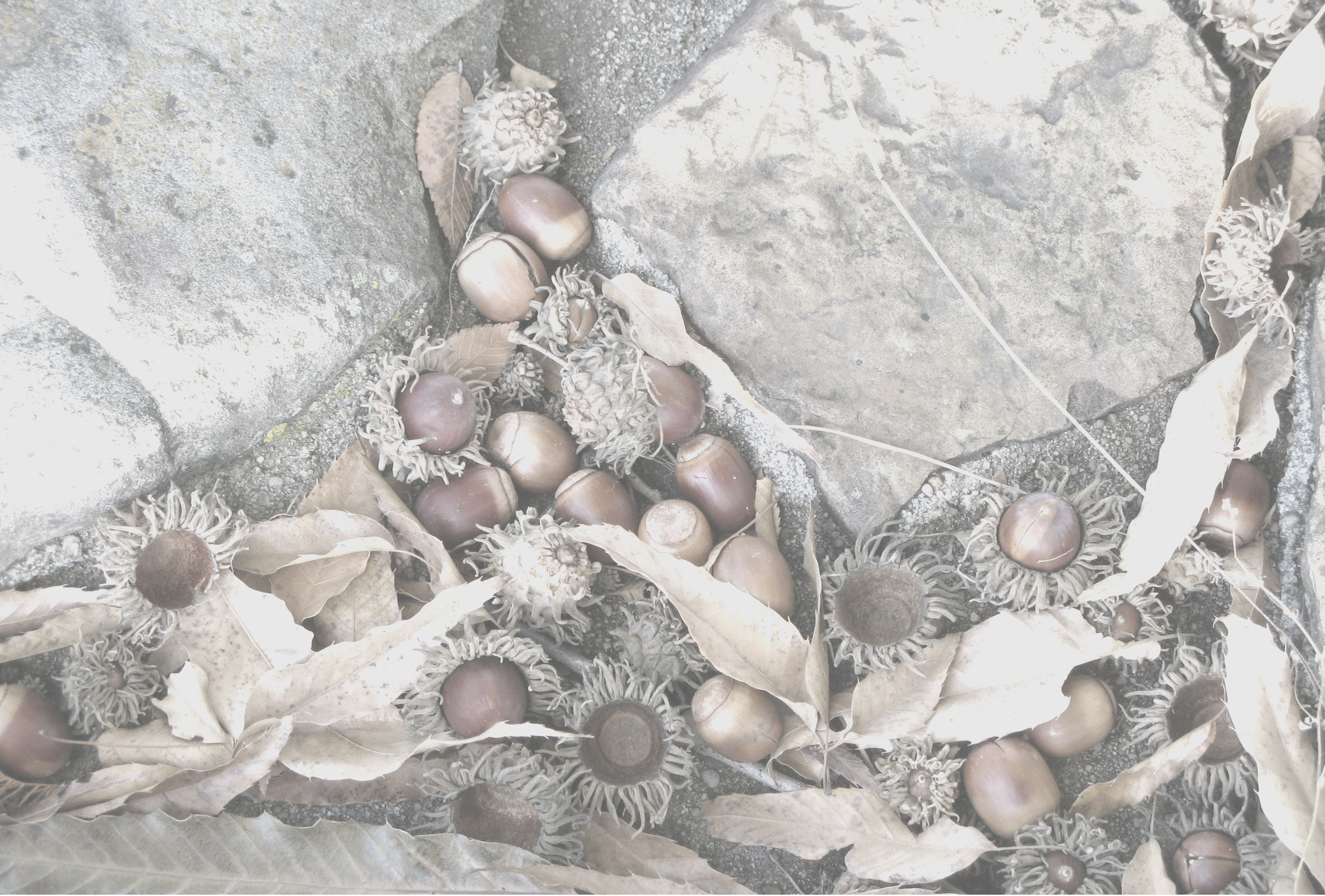