Dawn to dusk, it was a mix—encouraging, discouraging, the gamut. At certain times today, I questioned my learning abilities, my abilities in general, and even my self-worth.

END_OF_DOCUMENT_TOKEN_TO_BE_REPLACED

Today, September 20, is my mother’s birthday. My Dad and most of his children gathered at Mother’s gravesite tonight, and it was a beautiful time. We siblings put out a big basket of silk flowers and—since we had a notion it might be carried off, as sometimes happens—we put a weatherproofed note deep within the bouquet. It said:

END_OF_DOCUMENT_TOKEN_TO_BE_REPLACED 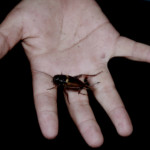 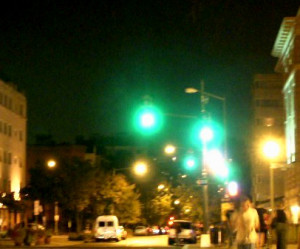 When the U.S. first planned to send its astronauts up into realms of zero-gravity (I’ve heard), they spent mounds of money designing special pens that would operate there. The Russians, sensibly, sent their cosmonauts up with pencils. 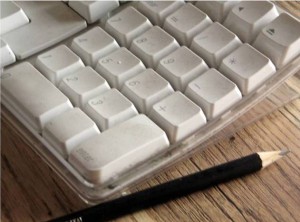 Pencils are my favorite writing tools, especially when I write in bed at night with legs drawn up and tablet propped against them. Ballpoint ink doesn’t flow at the near-horizontal angle this arrangement requires. Years ago, I kept a journal in a hand-made book that was made of a luscious high-grade soft archival paper. I used a porous fiber tipped LePen, which I considered equally luscious. That writing experience was sensually and emotionally satisfying, in part because I recorded so many dreams (literal) and aspirations.

If you’ve ever begun to pay close attention to your dreams, you know that you soon have enormous quantities of material. One memorable night’s dream transported me to an art gallery on a foreign planet. Items on display there were wildly unusual, exquisitely beautiful, and ingeniously made.

Computers are good tools … when you have them. Ethan’s notebook was in the shop last week; mine is there now. This is being written at a computer station in a local wellness center. I figure if I don’t find ways to keep involved with this blog, it will lapse. (My poems have, on occasion.)

Regretfully, Ethan’s notebook doesn’t accommodate my camera’s flash drive, so if I add photos to this post they will come from another source. In that case, I may just pick ones that are eye-catching rather than topical; I think everyone knows what a pencil looks like.

Basically, I’m just touching base with friends of this blog. I think I have one reader so far … an immensely valued one. Wait—make that two, plus Kate who’s made the only non-spam comment so far. Bless you all, and future readers as well.  ~ ♥Jo