There were so many enticing word-related opportunities lately, I overloaded myself and had to pull back. Here is the result of one that I enjoyed through a local group called The Village Writers School. The writing exercise briefly pulled me out of poetry into short-story writing. It was a 15-minute challenge based on a choice of prompts. The prompt I chose was “First Impressions.” Here is how it went:

First, he simply wanted to know my rates. “How much for filling in a certificate?”

Well, of course that varied by the number of words and the style of letters. “Probably an average of $2.00 for a name,” I told him. “Plus, I have a basic set-up fee. Do you have a particular project in mind?”

He had plenty. He was bringing an environmental remediation firm to town, setting up a branch. The company wanted him to display his credentials to prospective customers as wall flack.

He would show me the certificates later, if he chose me for the work. First, though, he wanted me to know he didn’t have full confidence in my abilities. He’d priced the work in Dallas and that quote was three times as high.

Then he relaxed into a visit—a very long visit. He told me he thought my lettering was superior—that I ought not to devalue my talent. Basically, he launched a motivational presentation that soon veered into topics of philosophy, metaphysics, and spirituality.

He was Wolf Clan Cherokee, he said, —a member of the teaching clan. His motto was, “’It’s a good day to die’—which  means that, if you’re doing what you most want with the people you most care about, it doesn’t get any better than that. Live this life and leave this life fully immersed in what brings you joy, and surrounded by those you love.” 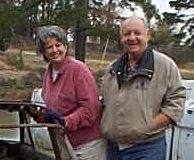 It’s exceptionally nice to have a professional motivational speaker at your side, day by day. . . Not strictly by your side, though. Ethan’s other motto, from his military service, is “Got your back!”