Winter has finally been put to flight here in Arkansas. And it’s about time; that frigid season’s departure is long overdue. Where are the crocuses this year, still waiting? Heavens, it’s mid-March… St. Patrick’s Day usually does more wearing of the green! 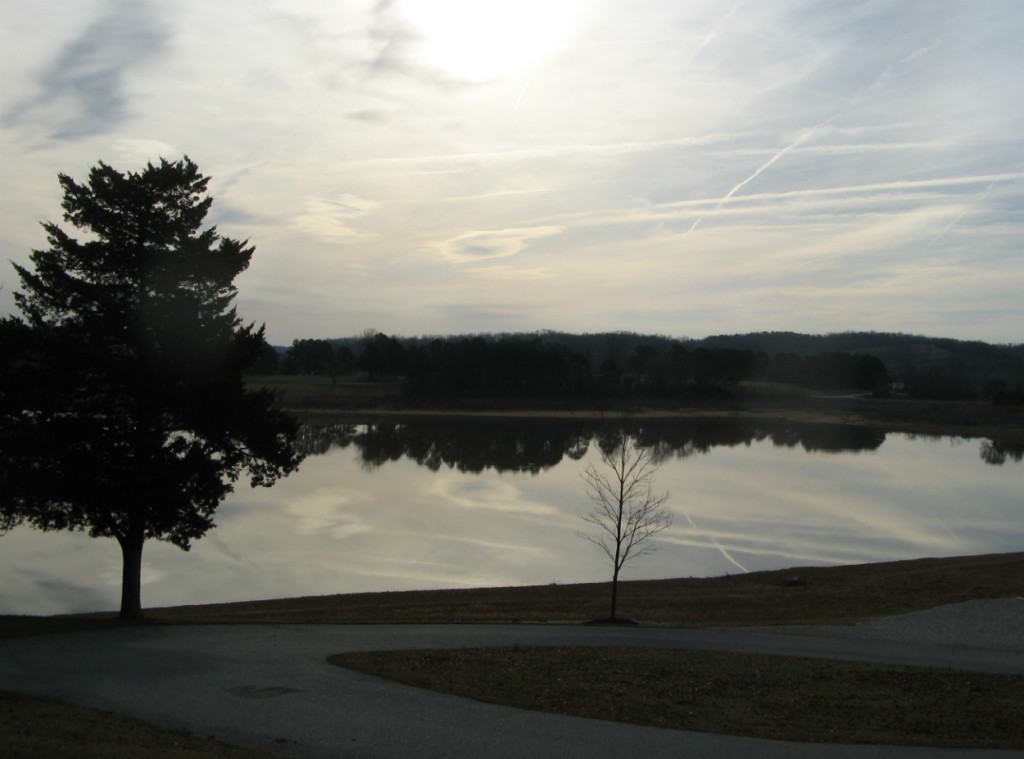 Everything has been pent up till now: people feeling stifled and cheerless, animals hunkered down, and landscapes still clutching somber colors. Restrained colors can be beautiful though. Hickory Creek Park this morning appeared serene and refined with the lake’s surface so polished and still. Even contrails were reflected with precision. Reviewing photos later, I was perplexed to find one that had been taken upside down… but only apparently. The photo had simply captured a very crisp image of trees mirrored on the lake’s surface. 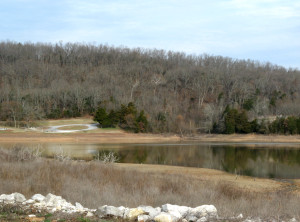 Usually by mid-March, local trees are tinged a pale chartreuse. Not so this year. All hardwoods remain barren and gray, with tiny leaf buds still tightly clenched. But the seasonal tide has shifted. Freezing temperatures have retreated and bright, lively miracles of delight are about to burst forth. 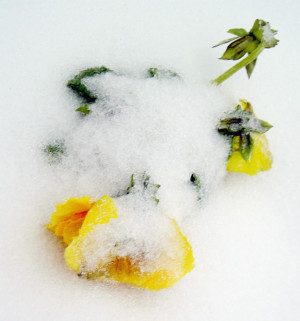 has been delayed
by polar winds
and icy sprays.

Winter’s hold
has been a hell—
my home became
a frigid cell
and I a sad recluse.

Now all heaven
is breaking loose!

I broke out of the house two days in a row to walk the neighborhood and investigate. This lifted my mood, which transformed into spring silliness. The following “Adventure of the Roadside Face” resulted… 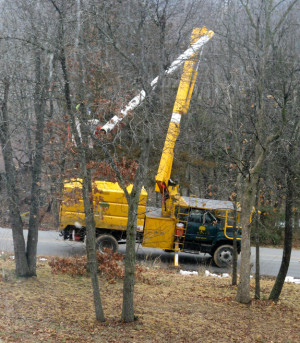 Recently, county tree-trimmers came through the neighborhood, culling branches and entire trees near power lines. This year, the culling was severe and many large oaks, pines, hickories, and pecans were taken. A lovely mimosa became less so. The felled trees were chunked into short logs, which were piled in place. I went from ex-tree to ex-tree along my route, apologizing and lamenting. Eventually I noticed a chunk in the shape of a wedge; it seemed to be smiling at me or perhaps at its fate. “Well, trees grow back,” I soothed myself.

Then I picked up that smile and carried it away. It seemed to have a destiny that could use an assist. It needed to be shared. It needed to uplift other people’s spirits, as it had mine. Further up the road was a mound of newly scraped dark dirt. Adding the wedge smile, a stone nose, and a pair of beer can eyes would certainly give the neighbors something to wonder about. That leafy mop of hair isn’t bad either, though the overall effect may be a bit spooky.

So spring is truly on the wing at last.
Did that famous little ditty about “the boid”
ever make its way to you?
Here it is, in the version I remember:

It’s spring, when poets sing
“The bird is on the wing.”
My woid! Absoid!
Da wing is on da boid.

Spring means new life and fresh beginnings. Counterbalancing an uncommonly large number of deaths in my family this winter, a nephew was born yesterday. Eli arrived, I was told, at exactly 5:00 pm, weighed exactly 6 pounds, and was exactly 18 inches long. Marvellous, but he did nothing to counterbalance the exceedingly large number of family members already born in March. Well, March is a great month and deserves to be chock-full of celebrations. So celebrate. Have fun. Go plant something. Make a baby!  ~♣ Jo

One thought on “Spring in the Wings”