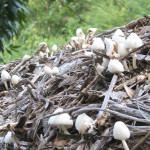 Brown ones, tan ones, white, gray, orange … mushrooms sprouted all over the landscape after early August rains. Some were seen playing “king of the mountain” on a neighbor’s mulch pile.

One particular mushroom displayed exuberance at simply being alive by breaking into a dance, although a fairly static one. 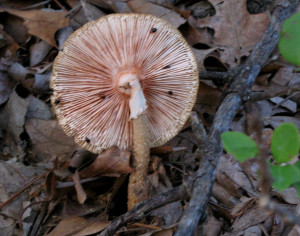 This August, walking was pleasant at almost any time of day. Near one of my routes and tucked away beneath overhanging tree branches is an abandoned cul de sac that affords some wonderful shade and privacy. (Truth be told, it is not abandoned at all; the privacy is shared.) 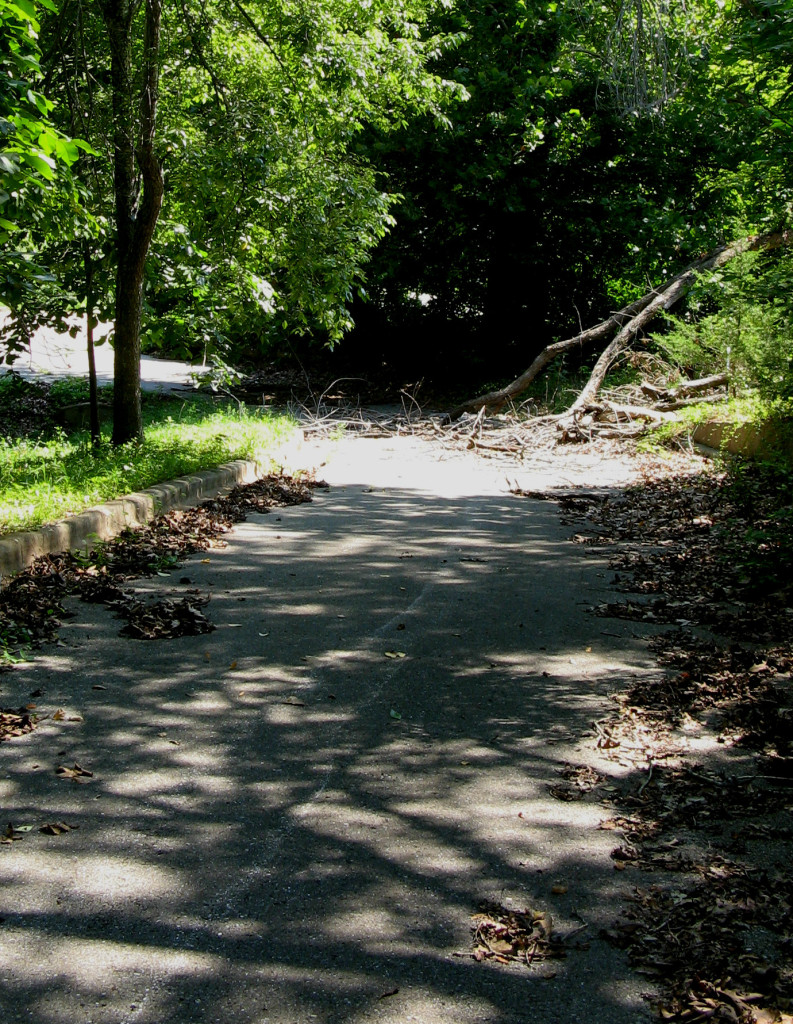 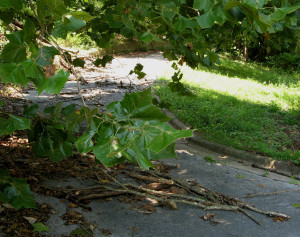 Still,
it’s quite a pleasant place
where wild weeds jumble …
and where bees, birds, light,
dark, bugs, toads, mice,
and other beloveds
of nature and children interplay. 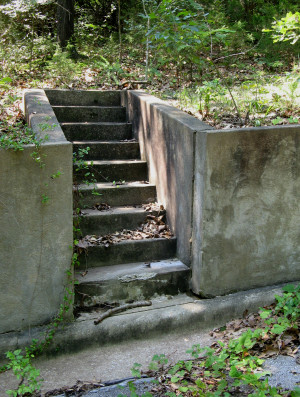 The street curves and is about half a block long, including the turnaround. A stairway leads from the sidewalk to nowhere in particular, but a mimosa tree on the higher ground indicates that a house was once nearby—inhabited of course, as the place still seems to be.  ~ ♥Jo