Outdoors, when I look around, I always find surprises—something new, something never-noticed, or something that contradicts my expectations. 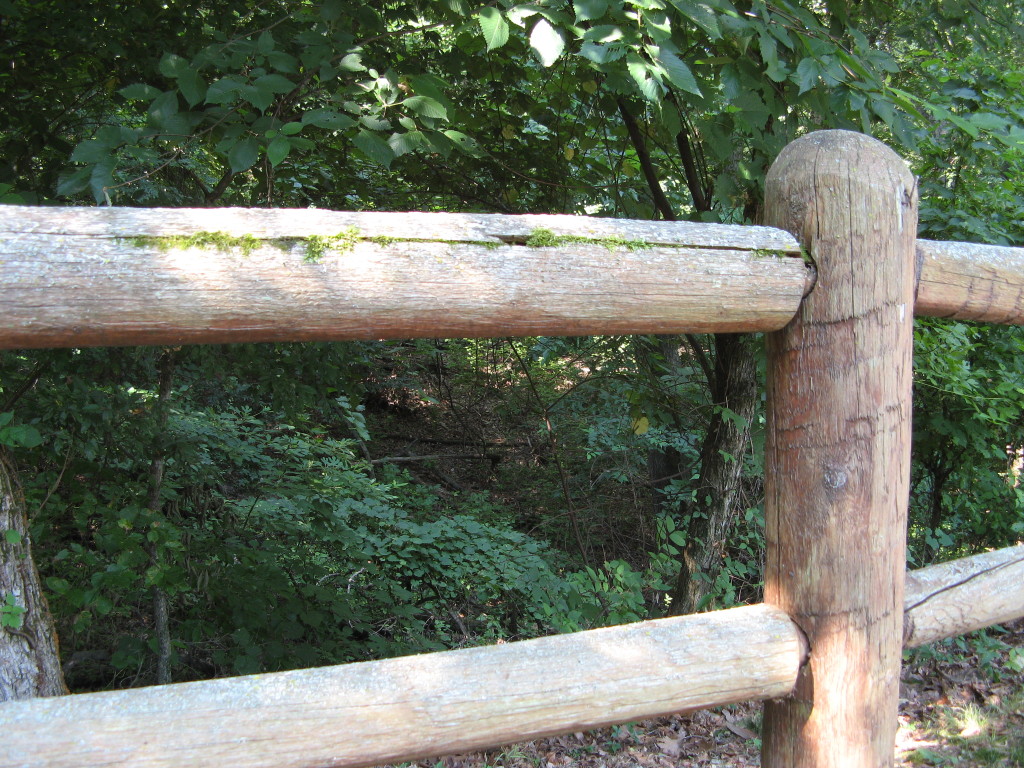 Yesterday it was a large bee that inspected me several times from head to knee as I prepared to stretch at a fence-rail barre.After her inspection, the bee bumped around and into the rail a few times, including the bottom side. I concluded that she was a carpenter bee heading home. How smart to bore a hole in a place like that and create a wooden roof overhead. 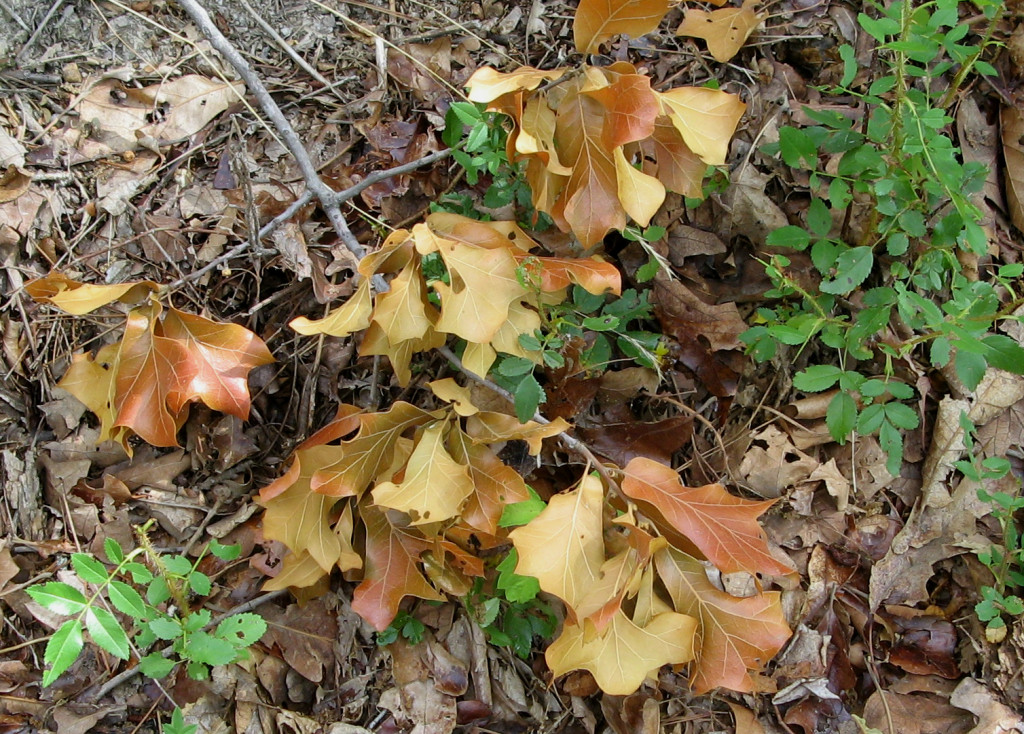 Again and again, I am surprised by beauty—such as leaves on a broken branch turning color prematurely or Queen Anne’s lace shadowed on asphalt. 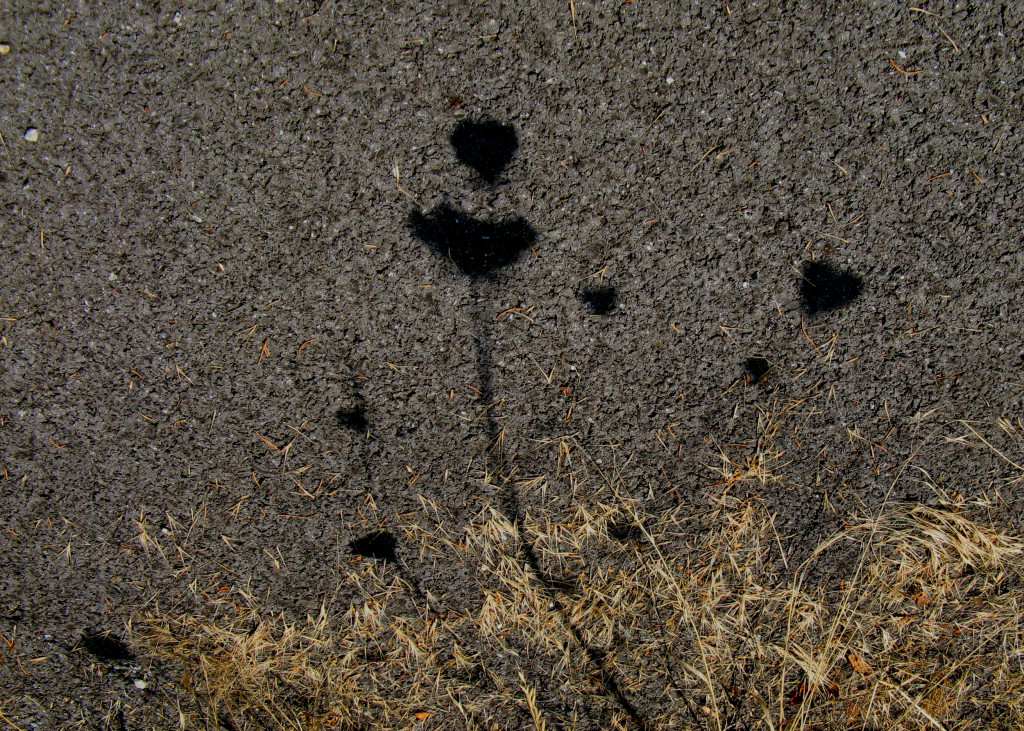 Recently I noticed the latest in a series of hickory nuts that had fallen to the pavement. The first ones appeared about two weeks ago, and the nuts have been getting larger as the hickory crop matures. So far, the insides of the nuts have not been eaten, just exposed.

TO EACH THING A SEASON 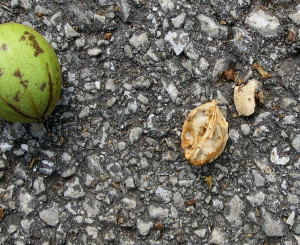 Already in early summer, yellowed
leaves and tree debris find their way
to the ground, whether by weather,
insect, bird, or squirrel.

An occasional small hickory nut—
gnawed open but uneaten, and
found on the pavement—testifies
that squirrels have been honing
their safe-cracking skills in advance.

Many things can be hurried,
many cannot; and many things seem
falsely premature or delayed.
But all is in order, and even the skill of
discerning this must ripen in its own time.

Beautiful surprises are life’s real poems. My words here are primarily records of my appreciation . . . love letters to this lovely world. ♥ ~Jo