Kaleidoscope view by Andalusia of Morguefile

I used to think my life was charmed or enchanted, that it was especially wonderful, guided, and looked-after. Later my life became more challenging and I felt less special. In fact, specialness seemed a mistaken and arrogant idea.

Yesterday I began to appreciate specialness all over again. Not in the sense of “better” but as “different.” Two nights ago, on video, Ram Dass described how each person’s spiritual journey is unique although the result or destination is the same truth. 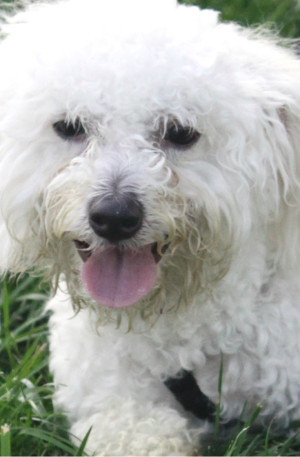 White Dog by Jade of Morguefile

That night, I dreamed of a fluffy white dog, small and curly-haired, that bounded across a green-green grass yard to a cluster of people I recognized as relatives. Then it bounded—almost bounced—across that grass to meet me in joy and recognition, as if to say “Welcome home!”

Then last night, as I walked the neighborhood, I spotted just such a white dog at the top edge of a long, sloping green-grass yard. A man there was watering the hedge in front of his house. I stared at the dog and wanted it to see me and come bounding toward me like a long-lost friend. As I thought this, it turned its head, saw me, became electrified, and bounded toward me with a happy, bouncing gait.  He sniffed my hand hello, welcomed a quick petting, and followed me as I continued to walk. In the side yard of the house, an entire family came into view, surprised to see their dog following me. They called it back and gave it a talking to.

Also on last night’s walk, I had an unusual encounter with a friendly older man. I heard a truck coming up beside me on the road, so moved well away from the pavement. But the truck advanced more and more slowly till it finally stopped beside me. The driver had white hair and wore glasses. On the seat beside him was a crumpled brown paper bag full of penny candy. “Have some,” he offered, lifting the bag toward the open passenger-side window. I took a small Dum-Dum, cotton-candy flavored, with a blue-and-white wrapper. I smiled at him and at the extraordinariness of his presence. “Take another,” he said. I did, and he headed off toward the boat ramp.

Candy by JDurham of Morguefile

As I walked, memories floated up of times when I was in distress (or even appeared to be so) and people responded with help and encouragement. For example, one spring day in downtown Little Rock, I saw a mulberry tree next to the sidewalk that was full of ripe berries and I began to help myself. Judging partly by my casual blue-jean attire, I suppose, a downtown resident came over to me and told me where to find the local soup kitchen. (Amazingly, this very evening by the lake I’d been wishing for help and encouragement because financial difficulties were calling up visions of a soup-kitchen future.)

The candy man was due to return shortly, I knew, because the boat ramp route is a dead-end road. This time when he slowed, I went out to meet him. “Do you always carry a bag of candy with you?” I asked. He held it up and grinned in answer. One side of the paper bag was taped over with verses (poems!). One verse mentioned that happiness and health are the true kinds of wealth. Another stated that organ donation is a good part of preparing for death.

As our conversation went on, I learned the man had lost his wife a year ago (just as my dad had). He’d considered suicide, he said, just as most bereft spouses do. He advised me to say I love you to my husband every day at breakfast. Candy Man owns a home nearby that enjoys a beautiful view of the lake. He makes sure to keep the lower limbs of his trees trimmed so people can view the water as they drive by. By the time we parted, I was convinced that this man is special, I am special, every part of life is special, and each of us is solicitously watched over. If only we realized it.

I can only call my dream-time last night special. I wandered what seemed to be a quaint downtown area. A vaguely remembered person asked if I’d come to find my mother and told me she was at a book club meeting in a certain old hotel. I easily located the hotel and went inside. Indeed, a circle of women had gathered there. I scanned for my mother and recognized her by voice, rather than by hair color, because she was young and her hair was dark. 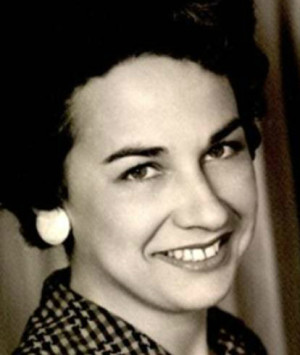 I didn’t speak to her or even catch her eye. She was offering suggestions about how to keep the discussion fair and inclusive, so that each person’s contribution would be honored.

My mother is alive, at least in my dreams … just as I am alive in what may also be a dream state. I don’t have to figure this out, but I can certainly enjoy it and take comfort in it. ~ ♥Jo

One thought on “A Dream of a Mother”