Hickory Creek is a quiet place. Our doings don’t get much notice, except for an occasional drowning or meth lab bust. So I doubt this week’s rail car rescue made the news, except among neighbors and the contractors involved. 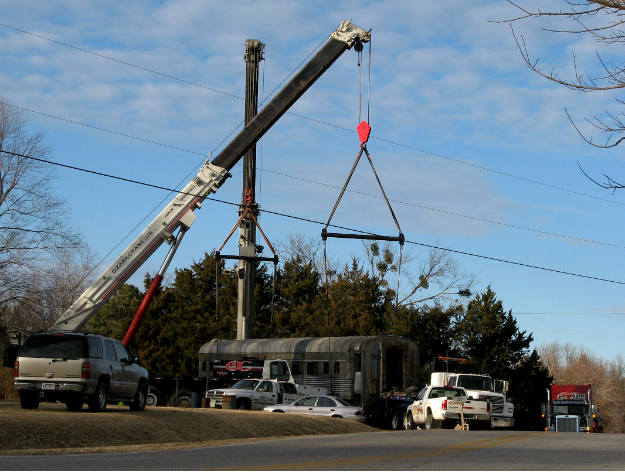 The pictures tell their own story. My own is fairly brief. As Ethan and I drove to our weekly Lions Club meeting Wednesday noon, we saw what looked like a barricade of large vehicles ahead, so we turned around and took another route to town. On returning, we were able to make our way through the assemblage of cranes, trucks, and trailers. It was obvious that the neighborhood’s landmark Pullman car was about to be moved. 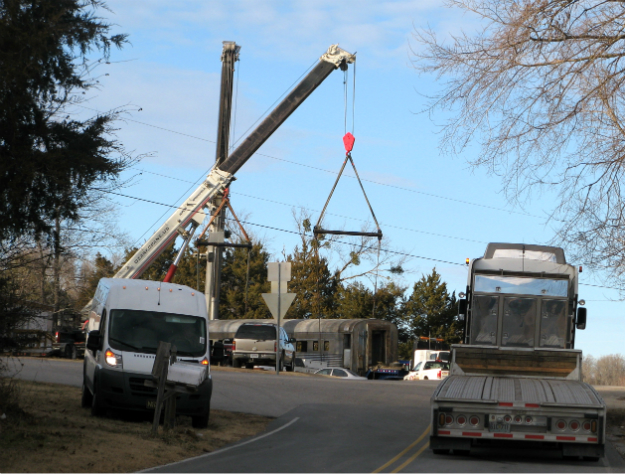 Next day, I set out to walk a route that would take me by the work site. Expecting to see a vacant spot there, I was surprised to find the work still in progress. Later, on returning from Hickory Creek Park, I lingered to watch and take pictures. A woman was standing beside the road holding a child, just as she had been half an hour earlier when I passed. Talking with her, I learned that the Pullman had been brought to Hickory Creek in 1972, to be made into a cafe. That never happened. Like the nearby mobile homes, it had fallen onto hard times. Most of its windows were broken and it was a sad-looking sight. 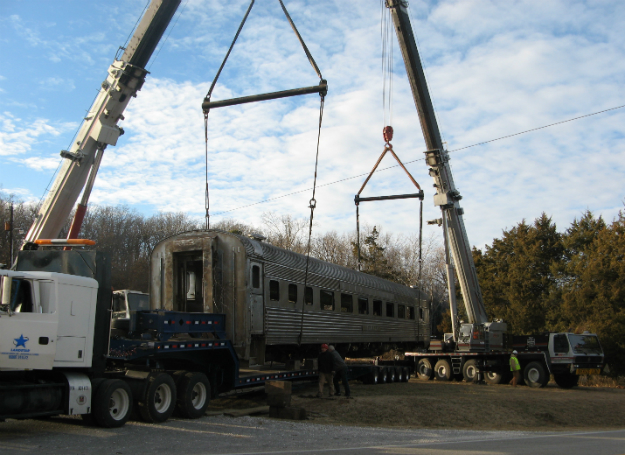 Two cranes were needed to lift the car and set it on a waiting trailer. One was from Illinois, one from Missouri. “They’re taking it north?” I guessed aloud. “No,” said the woman with the now-squirming child, “Miami, Oklahoma. It’s going to a children’s ranch and will be made into a classroom.” She thought the name of the ranch was “Five Star Children’s Ranch” but, after checking online, I think it may actually be “Five Mile Children’s Camp.” 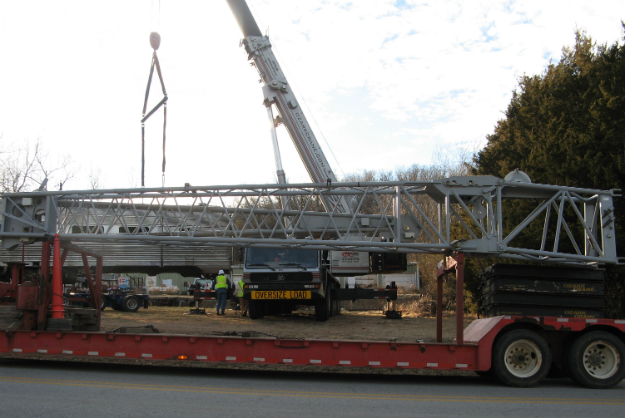 This post might well have been titled “Relationship Rescue.” I’m glad this forlorn-looking railway car will be a center of lively activity once again, especially as a classroom for children at camp. It’s quite a phoenix story—a fitting winter tale that anticipates the upsurges of spring. ♥ ~Jo

* * *Photo Credits: All by Jo Lightfoot