When you blink your eyes, you never know what you’ll see next. I can attest. Once I was with friends, driving to see the spring jonquils at Wye Mountain. Margery was the driver and I sat beside her in the front seat. The whole group of us had stayed up late the night before, visiting, and I was so tired I could hardly keep my eyes open. In fact, I let my eyelids fall… and close… for a second… or two. When I opened them, the road had shifted—astounding!—and we were driving down the wrong side of it!  Margery’s eyes had closed in tandem with mine; we had both blinked. And the world could have changed much more dramatically than it did. I’ve told you that story as a lead-in to sharing what just happened at the local boat ramp. Don’t worry, nobody got hurt..

But first! Another story applies… a joke, actually. Back when times were more peaceable in Britain—and maybe still now—the London bobbies carried no guns. So if one happened to notice a thief making a getaway, all he could do was yell “Stop! … or I’ll yell ‘Stop!’ again!”

Today the lake water had risen above the approaching road at a dip where I’d seen a heron two days prior. Logs, branches, leaves, foam, and other debris lined the lake edge… as did fishermen and their families. As I walked through this area, my eyes were caught by the people, the debris, the road, and the water. But when I glanced further up the road, I could only blink… and blink again. Signs or no signs, there had been no stopping this enormous item of debris: 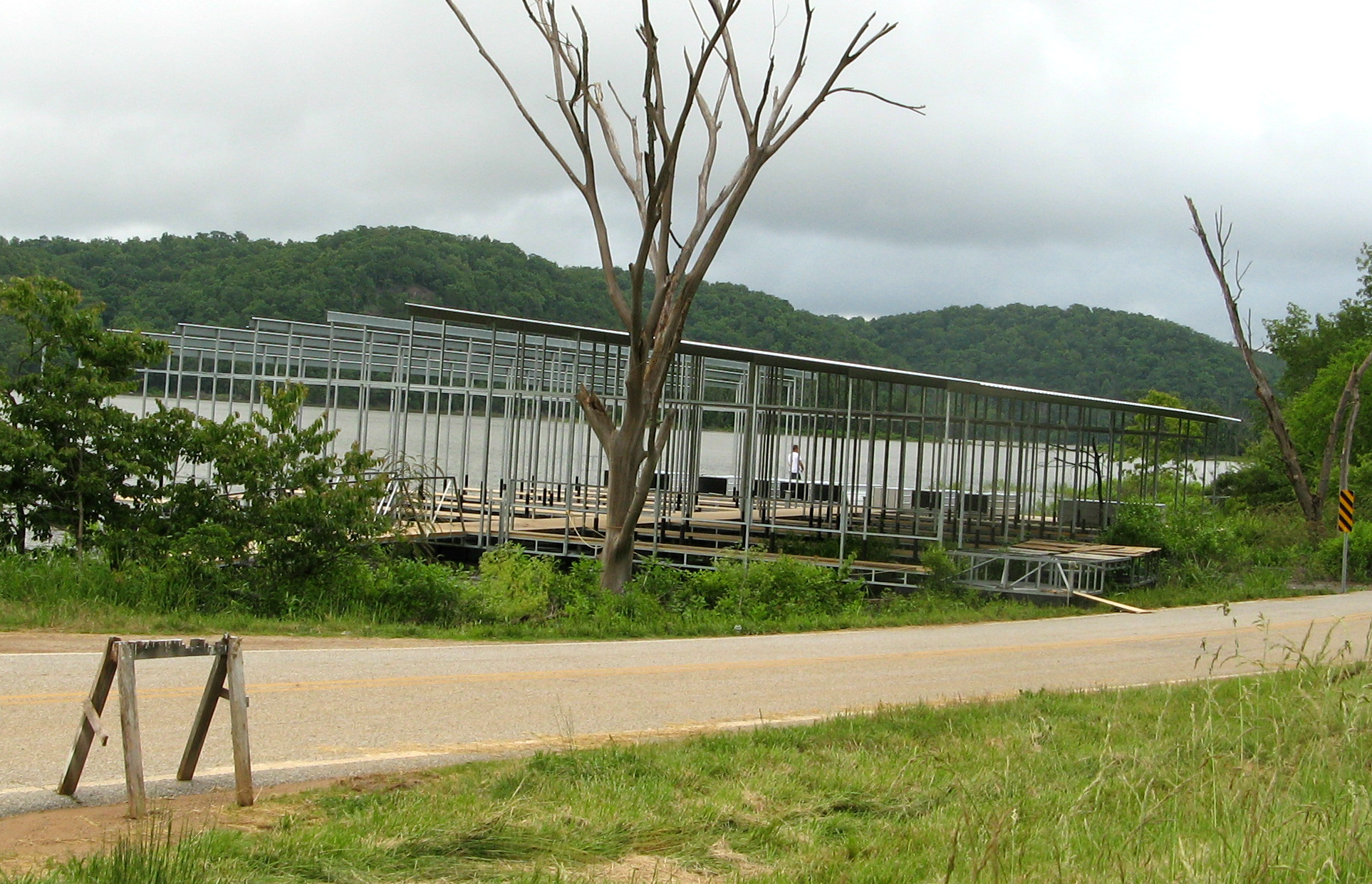 My first thought was “What fast builders that Corps of Engineers is!”  [Not grammatical, but true.]  My second thought was, “What the heck! Who did build this in a day?” A fisher-wife knew the facts: the dock had blown in with a storm. Its owner had found it and was figuring out what to do next. 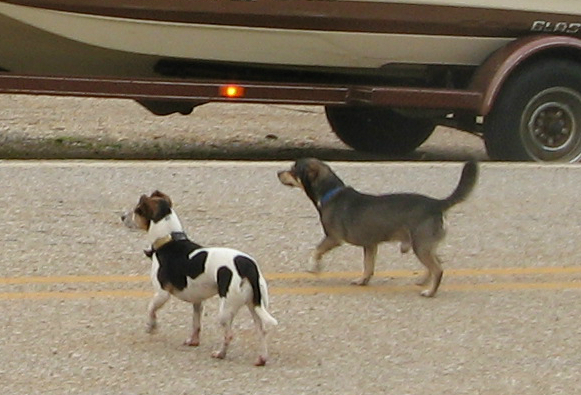 I wasn’t the only one enjoying high-water adventures at the lake. Along with the influx of happy fishing families, a pair of dogs had shown up, greeting people and herding vehicle drivers. Not far away, a car was parked off to the side. Beside it, four names were scrawled in the gravel; I could make out three: “Mary, Skipper, and Oscar.”

For me, part of the adventure was initiating my newly-acquired hiking boots to walking through ankle-high water. I was relieved to find they kept my feet completely dry, but I wouldn’t have regretted the fun of splashing anyway. Plus, just think—more adventures await. You never know what you’ll see next when you blink!  ♥ ~Jo