After a decade of writing near-daily poems, I’m surprised at how often I’m surprised doing it. When I don’t come to the task ready with a topic, I often simply position the pencil over the paper, clear my mind, and wait for some kind of flow (words, images, or emotions). If I resist writing whatever first appears, that resistance sets up a blockage. So no matter what comes, I welcome it, even if no poem results. In every case, though, a wonderful gift arrives—an absurdity, a memory, an exploration of pain, or something else altogether.

Writing this way is akin to dreaming. It taps into normally hidden or disowned realms of consciousness. Once retrieval is made, analysis can begin. Today’s poem-writing process illustrates that adventure.

With pencil poised and mind cleared, I waited for an introductory word. It came, and further ones flowed with scarcely a pause. The result needs a title, so I will provide that now, I usually work one out, but since this poem came so easily, I am using the one that offered itself.

That was most interesting, I thought after the words came through—some other muse was apparently standing in for my regular one today. By the way, I’ve entered the poem just as it came, without editing the words, punctuation or spelling. (Researching later, I learned that “wont” can actually be used as a verb.) The poem has an echo of church music in its rhythms and sentence structure inversions. Once, long ago, I tried to write using clear-mind flow and experienced a similar result. Although, in that case, I wasn’t trying for poetry, the writing seemed very poetic to me and I celebrated it through calligraphy: 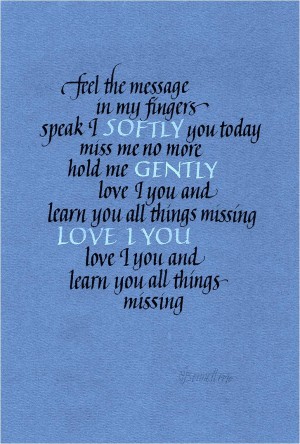 Today’s first poem came so easily, I decided to open myself to a second. The flow resumed and again the religious elements appeared: 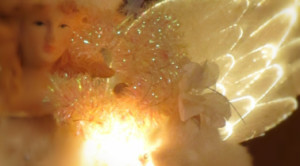 I THOUGHT AS A CHILD

I meant to die
at seventeen
a holy martyred saint.
I meant to die
for Jesus
and pass through
heaven’s gate.
I meant to meet
the angels
exuding brilliant joy.
But what would I
have wanted
if I had been a boy?

Looking over my notebook after the writing session caused me to wonder how these religious themes appeared. My curiosity fell on the word “Jesus” and a bit of clarity flashed. About two hours previously, I’d made a purchase at Walmart and visited briefly with the cashier, a young man named Jesus. When I first noticed his name badge, I remembered that the Vatican recently recalled some commemorative medals because the name “Jesus” had been misspelled.

These assorted recognitions affirmed to me that this way of writing does access inner realms, just as dreaming does. After recalling a dream, I can usually trace key content to waking-state happenings. The connections between the two states may be very prosaic or highly symbolic. When we look out at the world using our everyday minds, for example, we are looking at phenomena to which we’ve applied layer upon layer of meaning. Everything has resonance for us according to how we’ve related to it in the past. Or not—I also let those last few sentences flow.

In whatever realm you create, I hope this exploration of poetry and dreams gives you a useful perspective to compare against. ♥ ~Jo

* * *
Photo Credits: Love I You Poem by Jo Lightfoot
Other photos by www.morguefile.com photographers:
– Statue of Dreaming Woman by Clarita
– Presences by Ardelfin
– Angel of Light by Greyerbaby