An unnerving set of eyes spooked me the other day and stopped me in my tracks. “Once a Texan, always a Texan,” the saying goes. And for several years Ethan and I happily called the Terrell-Mesquite-Dallas area home. My immediate reaction to being startled by this crazily-shaped, staring leaf was to scribble down a few phrases that evolved into this poem: 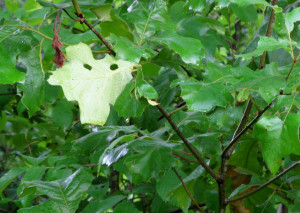 (native or adopted,
solo or co-opted)—
from each tree and hill,
from each rock and rill,
forever, and for good or ill…

The Eyes of Texas are upon you! 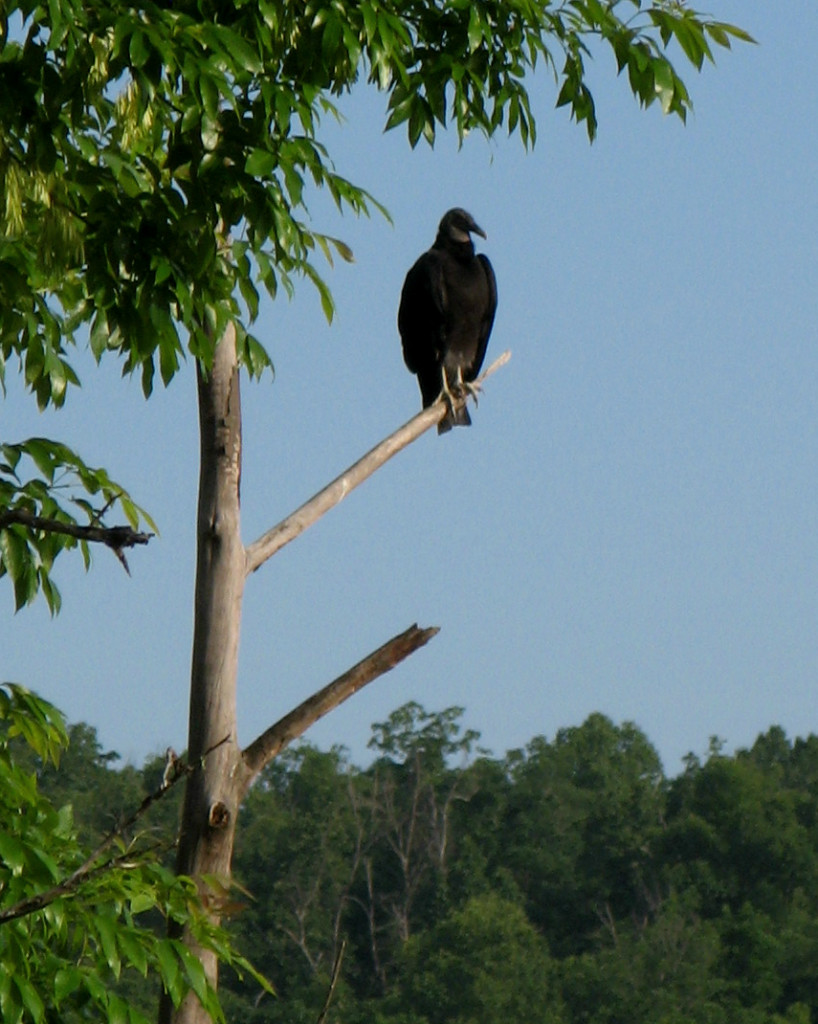 Buzzards don’t unnerve me. I’m always on the lookout for a buzzard encounter and get a fly-by almost every day. Recently I judged one of these appearances as a little too haphazard and distant, so I voiced my discontent to the Universe. “Hey, I couldn’t tell if that last fly-by was specifically for me, so maybe you can be a little more precise with the next one. I’d like it to be about as high and as close as that tree limb up there,” I said, pointing to a nearby large oak. “Make it impressive.”

A minute later as my road took a curve to the east, I gasped. Just ahead, where a phone line hung across the road, a transparent attachment midway was lit up like a miniature sun—like car windows do when the angle of reflection is just right. That stunning brightness remained for half the distance I covered walking toward it. “You show-off!” I laughed. I’m pretty sure the Universe laughed back. 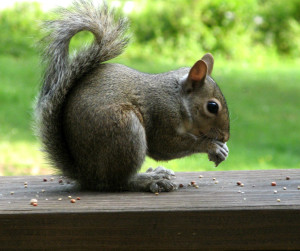 This little fellow obliged by visiting my environment—our environment, more truthfully. Ethan set out birdseed on the deck railing a day or two ago in hopes of attracting a squirrel into view. Flush with his success, he went out this afternoon and bought a squirrel feeder that is little more than a block of corn kernels tied to a bungee cord. Hmmm, this should prove interesting.

Even if the Universe didn’t design these natural-wonder encounters just for me, it’s fun to assume so. After all, science keeps advancing the importance of the observer’s role in affecting— maybe even effecting—physical reality. Science also finds it harder and harder to distinguish reality from fantasy. That’s no problem for me. Whenever I’m told I live in a fantasy-land, I say, “Yes! We all do. Isn’t it wonderful?” ♥ ~Jo

Photo Credits:
Butterfly by RickSanchez at Morguefile
Others by Jo Lightfoot

One thought on “Watching and Being Watched”