“Argue for your limitations and they’re yours.”
~ Richard Bach

Poets should avoid rhyming dictionaries like a pestilence*, I used to think. These “aids” too easily form a crutch, distract, or lead astray. Instead, poets should develop access to their abundant internal writing resources. 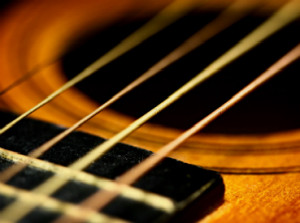 A music video converted me from this foolishness. It featured lyrics by Leonard Cohen and showed that one of this renowned poet-musician’s favored tools was a rhyming dictionary. Immediately after discovering this, I abandoned my self-imposed rule of avoidance.

The switch initiated some learning:

The incompleteness of returns can sometimes be satisfying. For example, I often initiate a search for rhyme suggestions based on two rhyming words I already know … but when the results appear, only one is listed. Similarly, I can begin with a known word and a rhyming solution that’s on the tip of my tongue, so to speak. When I make the search, the sought-for rhyming word is not returned—but, in a flash, it comes to mind anyway. Why wasn’t it on the list? … Who knows?

Both examples mentioned happily validate my trust in the abundance of internal resources. But I’m lately gaining appreciation for external resources as well. Input from rhyming dictionaries does not necessarily lead astray; it can take the poet down an adventurous new path, or at least out of a rut.

Unlearning is a type of learning …
and learning is one of life’s greatest blessings.
This is why poetry has such value.

A POX ON IT

I started to say
that old cliché:
“like the plague.”
But, well—No way!

So I went online
to find a rhyme:
egg? leg? vague?
Like hell! —All nay!