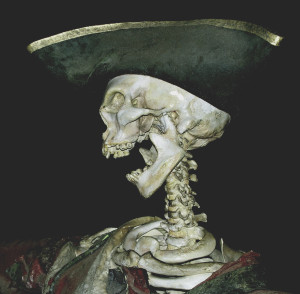 SPOOKY. I just learned that today is International Talk Like a Pirate Day. I combined that piece of information with having just learned that Shakespeare’s English sounded like pirates talking. At that point, a poem idea came to me: “Talk like a pirate. Walk like an Egyptian.” As I turned around to share this with Ethan at his computer, what do you think he was watching on his screen? Steve Martin’s “Walk Like an Egyptian” skit. “Why?” I asked. “Don’t know,” he said, “it just came into my head.”

That’s my Facebook post from a few minutes ago (after correcting some typos). Regarding this example of synchronicity between Ethan and me, here are two related quotes:

One of my friends just noticed my post and sent a paste-up photo of “Spock like an Egyptian” (hee-hee!) … I have a feeling this day will get stranger yet.  ♥ ~Jo